“Are You Going To ‘The Ploughing’?” 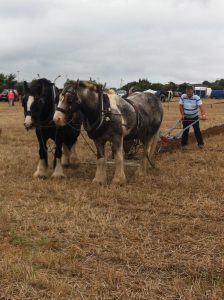 “Are you going to ‘the ploughing’?” It’s a question that’s come to be repeated up and down the country from the end of August until late September for years now.‘The ploughing’, for the uninitiated, is The National Ploughing Championships, that exuberant celebration of Irish farming where deals are done, friends are made, the competition is sussed out and, at the very least, everyone gets to have a grand day out.

The attraction of ‘the ploughing’ is hard to explain to those who haven’t been. According to the organisers, 281,000 people attended last year – that’s three and a half times the crowd you’ll see in Croke Park on an All-Ireland Sunday. Some are there to do business – whether it’s investing in the latest in farm machinery, checking out a new motor, or trying to win new customers, a proportion of the huge attendance is there for some serious buying and selling.

Many go to learn something new and/or be entertained; expect lots of interviews, demos and lectures from all kinds of experts, as well as singing, dancing and other performances. And then there’re the competitions; the event is, after all, built around the ploughing competitions, and there are numerous contests showcasing traditional and contemporary skills.

But there’s something else that draws people to take a day or two off and travel maybe a couple of hundred miles round trip to pour into a (very) large field in the middle of the country. And it’s probably the same thing that’s attracting people to the increasing number of food fairs, festivals and events springing up in every county – the chance to meet and share experiences with other people in the same business as yourself.

For those starting off or operating on a small scale, the work of food production can at times be isolating. You may be working mostly on your own or with a family member or just one or two other people. There may be no one around for you to bounce ideas off, or check whether you’re ‘doing it right’ or tell you you’re not crazy. Friends are fine, but sometimes what you need is someone who knows a bit about the business or is at least dealing with the same challenges as you.

Of course these days you can go on-line or pick up the phone for advice and information – but it’s hard to beat the buzz of going to a show, fair, or food event where everyone shares your interest in growing, producing or using good food.

We all tend to think of the cost – in terms of time and money – when weighing up whether it’s worth our while participating or attending something. Will the business you do justify the outlay? But sometimes the greatest return comes in forms that are harder to put a price on – a new idea, a word of encouragement, a solution for a problem or a whole new support network.

So when you’re feeling a bit stuck or uncertain or your enthusiasm is flagging, why not check what food-related event might be coming up? You may do some business or learn something new – or at least have a grand day out.

Hello, is there anybody out there? 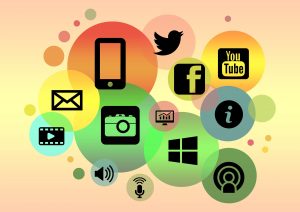 If you’re in the food business and you’ve dipped your toe in the world of fairs, festivals and trade events, you’ll know how useful – and enjoyable – it can be to get out and meet potential customers and fellow entrepreneurs and producers.

As well as providing an opportunity to sell and spread the word about your food product, events like the Ploughing Championship (which we wrote about in a previous blog) and Bite, allow you share stories and ideas and just chat with other people who may be on a similar journey to your own.

But while it’s hard to beat the buzz of making those connections face to face, sooner or later, most of you have to get back to doing the work of growing, harvesting, and/or producing whatever it is you’re selling. So how do you stay in touch with the outside world and continue spreading the word when it’s all hands to the pump processing the harvest or getting ready for a busy Summer season?

This is where having a decent on-line and social media presence comes into its own. And before you turn away thinking that you’ve enough on your plate without getting into what might be the unfamiliar and daunting world of websites and e-commerce, you should know there is plenty of expertise and financial assistance out there for you.

This provides financial assistance (up to €2,500 or 50% of eligible expenditure) for developing or improving e-commerce websites, developing and implementing digital marketing strategies and other work associated with selling and marketing your business online. It’s aimed specifically at small businesses (with fewer than 10 employees and with a turnover of less than €2m) and can be used to buy in expertise or to develop your own.

But even if you don’t qualify for that particular scheme, or are not yet ready to sell online, an online presence is increasingly important for reaching new customers, markets and possible trading partners.

Having your own website does more than allow you showcase your product; it allows you build relationships with customers and potential customers, through you telling your story and letting visitors to the website in on what you are doing and what your plans are.

It also helps you focus on your brand and on what is important for you to develop and grow your business.

For more help in developing your business, see

And if you’d like to discuss your brand, marketing, content and digital strategy or if you need advice when applying for state-backed supports for your digital presence, feel free to contact us 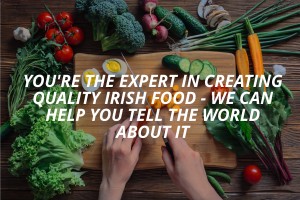 If you’re reading this, you’ve probably got more than a passing interest in food. There’s a chance you may be one of the 250,000 or so people in Ireland already working in the food sector. Maybe you’re just thinking about how you can follow your dream of growing or producing food – or perhaps
you’ve already started on that journey.

Whatever your level of involvement, we think Food Media will be of interest to you. We’re passionate about food too, particularly about how the growers and producers of food and food products get their story out there. If you’re already ‘making’ food, you’ll know all about the work involved in getting the product right – and may now be facing the challenge of letting consumers and the market know about what it is you’re offering. We’ve set up Food Media to help with that second set of challenges.

We recognise that the whole business of marketing, branding, and profile-building can be a bit daunting, especially when so much of your energy and expertise is going into creating the food product that you believe in. But it needn’t be.

You know more about your product than anyone else so you’re best qualified to tell potential customers about it. We believe we can help you do just that, taking some of the mystique out of the marketing and selling side of your business.

You may be feeling overwhelmed by the pressure to have a great website, a constant presence on social media and regular mentions in traditional media outlets. You shouldn’t be.

Food Media can help you decide what will work for you, what you can manage from your own resources in terms of time and skills; and what you need us to look after for you whether that be setting up a website, providing content, managing your social media accounts or getting publicity.